The client cancels due to COVID19. What can a photographer do to get reimbursed? 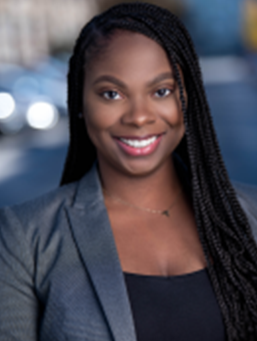 As you can tell by her work, Angie is one of the most talented photographers in the Atlanta metropolitan area. We recently had the pleasure of meeting with her to discuss some legal questions which her followers may be having. (Note: You can learn more about Angie and her blog at https://angie-webb.com/)

Legal question which Angie’s readers may benefit from: “Because of the pandemic, clients sometimes need to cancel a photoshoot after a photographer has paid for things like studio space. How might a photographer protect himself from lost investments in the event that a contract is not honored?”

The COVID-19 Pandemic has prevented many people and businesses from fulfilling contractual obligations.

Further, if a contract is breached, Georgia recognizes many common law defenses, which include: (1) impracticability, (2) impossibility, and (3) frustration of purpose. In the instance of unforeseen circumstances, “force majeure” clauses in the agreement would rule.

However, as you’ll see below, an attorney’s advocacy may still be necessary. The reason: The court will likely need to decide whether the “impossibility” defense will allow the other party to avoid reimbursing you or whether the other party has made an enforceable unconditional promise to reimburse you.

B. The “Impossibility” Defense

In Georgia, “[i]mpossible, immoral, and illegal conditions are void and are binding upon no one.” Thus, Georgia courts understand that contracts that are impossible to be performed cannot be enforced.

Although Georgia law does not specifically state a global pandemic is an act of God, Georgia defines such acts as “[a] catastrophe arising from the force of the elements which human intelligence cannot predict nor the ingenuity of man foretell…”. Thus, in Georgia, “an accident produced by physical causes which are irresistible or inevitable, such as lightning, storms, perils of the sea, earthquakes, inundations, sudden death, or illness” which is not a result of “human agency” can be a basis for cancelling a contract due to impossibility of performance.

Still, as mentioned throughout this article, a dispute involving this defense may require an attorney’s advocacy. For example, the question of whether a COVID-19-related cancellation is an act of God will likely need to be decided by a judge or a jury. Thus, it would be wise to seek a lawyer’s opinion about whether you can enforce the contract because there was an enforceable unconditional promise to repay you or whether nonperformance is likely permissible due to “legal impossibility.”

C. Impracticability or Frustration of Purpose: Why they may not apply to you

Impracticability occurs when an event outside of a party’s control causes performance of a contract to be possible to enforce but unreasonably difficult. Georgia states that a party has not breached a contract “if performance as agreed has been made impracticable by the occurrence of a contingency the nonoccurrence of which was a basic assumption on which the contract was made.” For example, if a food vendor agreed to sell hotdogs at a basketball game, the basic assumption is that people will be present for the game. However, if no one shows up because the wrong address was published in all of the advertisements for the game, the client who hired the food vendor may claim that paying the vendor has become impractical.

However, impracticability—although it involves a hardship—does not typically excuse a party from performing the contract (i.e., the client who hired the food vendor may have to bear the loss).

Moreover, it is important to note that the defense of impracticability has been limited to the sale of commercial goods so this defense may not be available to a person performing a service such as photography. Again, speak with an attorney to determine if this defense is available to you.

Lastly, while “frustration of purpose” is sometimes cited as a defense in other states and within the Restatement (Second) of Contracts, Georgia’s courts are somewhat silent about whether this defense can be used in our state. Still, Georgia courts will consider the Restatement (Second) of Contracts when guidance is needed. So, if your lawyer is interested in raising the “frustration of purpose” defense, it might be worth a shot.

D. Conclusion: The best practice is to draft a thoughtful contract

Still the best practice is to draft a thoughtful contract. Determining whether your client has a right to cancel the contract will generally require a lawyer’s analysis and it may ultimately be a question for a judge or a jury. However, if you anticipate that a party may ask to cancel the contract after you have made investments such as leasing a studio, consider including clauses that make it clear that you require repayment for your losses, no matter the reason for cancelation. While this clause will not necessarily nullify Georgia’s “impossibility” defense, it will likely give you a lot of leverage when the judge or jury has to hear your case.

Also, if your legal needs are complicated, feel free to contact an attorney at The Law Office of Trey Ross, PC. The firm’s web address is www.treyrosslaw.com and they are based in the Atlanta metropolitan area.

[9] Restatement Second of Contracts § 265 (providing ““[w]here, after a contract is made, a party’s principal purpose is substantially frustrated without his fault by the occurrence of an event the non-occurrence of which was a basic assumption on which the contract was made, his remaining duties to render performance are discharged, unless the language or the circumstances indicate the contrary”).